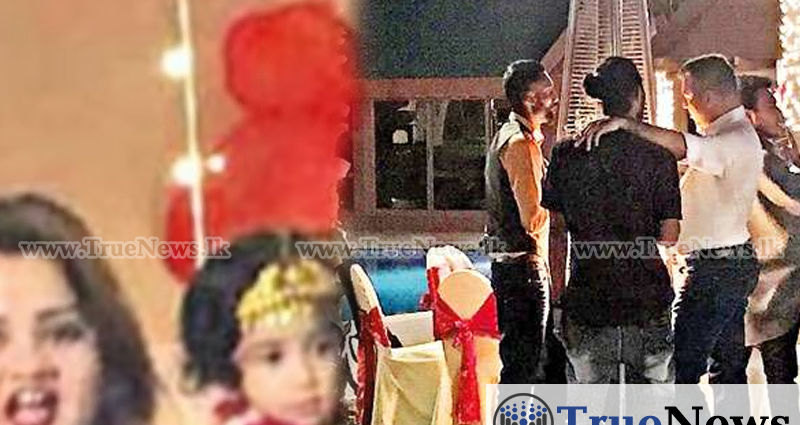 The officers of the Criminal Investigations Department ( CID) arrested the mistress of notorious underworld leader Makandure Madush when she arrived at the Bandaranaike International Airport on Saturday from Dubai.

According to Police sources, she arrived at about 8.00 a.m. with her child to visit Madush who is in the custody of CID for six months. This woman been married to Kalu Thushara who was a member of underworld group. She lived with Madush in Dubai after the death of Kalu Thushara in the Welikada prison riot on November 9, 2012.

Makandure Madush was taken into custody in Dubai when this woman, named Dilini Ishara was celebrating her daughters birthday party on February 5th. Tthe Police have raided a star-class hotel in Dubai and arrested 31 suspects including Madush and repatriated him o Sri Lanka.The several arrested suspects were released from time to time but Madush was kept in the CID custody. A special team of CID has been dispatched to the airport to interrogate her.